New Expenses Rules for those Working from Home 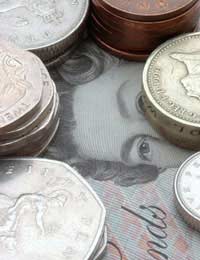 The tax rules for those who are self employed can appear particularly complicated. Aside from the fact that taxes are paid by self assessment, rather than through the Pay As You Earn (PAYE) system, there are also a number of regulations concerning the type and amount of expenses that can be claimed. This becomes more complex if the individual in question works from home. In these cases, certain expenses incurred through the running of the property can be claimed as expenses and therefore written off against tax.

HM Revenue and Customs (HMRC) have recently revised the rules regarding expenses claims for those who work at home. If you run a home business or otherwise work from home, you may find that the way in which you claim expenses has changed. The new rules do not necessarily offer more or fewer opportunities for claims; rather, they will have different outcomes depending upon individual circumstances.

Perhaps most importantly, HMRC have introduced a new concept to the manuals for self-employed taxation. This concept is referred to as ‘fixed costs’, and will be particularly important for those who own the home from which they work. Fixed costs include such expenses as mortgage interest and council tax, as well as insurance premiums on the house. Under the new guidance, HMRC have stated that a certain percentage of these costs can be written off against the income of the business that is run from the home. However, this requires a particular area of the home to be used specifically for business purposes for a reasonable period of time, on a regular basis.

Primarily, you must be able to show that the area of the home in question is being used exclusively for the purposes of your employment for a reasonable period of time each day. As such, HMRC suggest that the area should be able to be reasonably described as a ‘home office’; it should have the features of an office, such as a desk, and perhaps a computer. It is not possible to claim deductions if, for example, you work in the living room or kitchen. However, if you use a bedroom as an office for a certain period, and it has the characteristics of a home office, then this will probably be acceptable. Furthermore, you must be reasonable in your assertions regarding the amount of time during which the area is used exclusively for business purposes. You could not claim, for example, that your bedroom was being used as a home office for twenty-two hours of the day.

Having worked out how many hours you reasonably spend using the area for the purposes of your self employment, you can calculate the fixed costs that can be written off against tax by dividing the total fixed costs incurred throughout the house by the number of rooms. You must then calculate the proportion of costs incurred during work periods by the room in question. This is the figure that can be claimed as a deduction against business income.

Further information regarding tax for the self employed is available in articles elsewhere in this section. Similarly, the HMRC website offers guidance on all aspects of the tax schedule.

Avoiding Scams on the Web