Home > Case Studies > How the Credit Crunch is Affecting an Individual: A Case Study 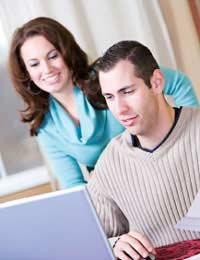 2009 will be the year that the effects of the credit crunch really start to hit home. Barely a day goes by without a new announcement of massive redundancies, or new disastrous figures regarding house prices, bank lending, or economic contraction. Understandably, many people are worried about job security, the availability and cost of credit, and the value of their home.

Individuals are dealing with the downturn in different ways. Many people are not 'dealing' with it at all; they are simply carrying on as normal, either because they don't see what they can do or because they do not realise the scale of the crisis. This is probably a mistake. In reality there is plenty that the average individual can do to help safeguard themselves against the worst effects of the downturn. This is evidenced by the actions of Susan, an education officer at a gallery in Hampshire.

Susan works four days a week and earns £18,000. Her husband earns £50,000 a year in the entertainment industry. They do not own their property, but have a registered rent property in Surrey. Susan's husband recently had a major pay rise as a result of a new job, but is concerned that the downturn might mean layoffs or a pay cut during the course of the year.

As the couple do not have a mortgage, they have not received any benefit from the recent reduction in interest rates. They have small credit card debts and have just paid off a personal loan, but the interest rate on their card has recently increased by almost five per cent, making their monthly repayments somewhat higher.

Sensibly, the couple paid off much of what they owed when the husband began his new job, but as Susan has only been in her job for a year she would not qualify for redundancy payment in the event of losing her job. Furthermore, as her husband is self employed for legal purposes (he is a contractor), he would also not receive a redundancy payout. In order to compensate for this, the couple have been making monthly contributions to an 'emergency cash fund', which they keep in an instant access account.

While the interest rate on this account is not high enough to keep pace with inflation, they are happy enough that they will have some money to tide them over in the event that they had to find new jobs. They are aiming to have six months worth of living expenses in the account by Easter.

The couple have also looked into switching utility suppliers in order to reduce their monthly outgoings. They resisted offers from their gas company to put them on a fixed rate deal for five years, as they realises that prices would probably fall. However, recent increases in phone and electricity bills have led them to switch suppliers, saving a very respectable £50 per month. They have also been looking for a new credit card with a lower deal, although the lack of available credit has made this difficult.

The measures that this couple have taken are simple, but they represent significant savings. In particular, the fact that they paid off their debts when they could is of massive benefit. If at all possible, you should consider making overpayments in order to reduce your monthly repayments. You may also wish to consider reading our New Years Financial Resolutions for some tips to get your finances in good health for the year ahead.