Home > Tax Matters > HMRC Says I Have Underpaid My Tax: What Do I Do?

HMRC Says I Have Underpaid My Tax: What Do I Do? 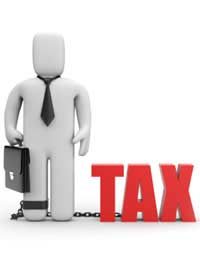 Tax demands have been a prominent theme in the news of late. Mistakes by HM Revenue and Customs (HMRC) have meant that many thousands of people have paid the wrong amount of tax – and now they are being chased.

While some people have overpaid and will therefore be entitled to repayments, others will be receiving letters telling them they have paid too much. If you receive a demand for underpaid tax, do not panic – you may not have to pay it.

Is it within the time limit?

You should read the letter carefully, and check which tax year the demand relates to. The law states that, in cases where you have provided them with sufficient information to properly work out your tax code, HMRC must present a demand no later than 12 months after the end of the tax year in which that information was given.

Many taxpayers, however, are receiving demands that relate to bills much older than this. If you are confident you have provided HMRC with the information they need, and the demand is outside the time limit, you may not have to pay it.

If you think that the demand you have received relates to an earlier tax year, you should apply for an Extra Statutory Concession. This is also known as an ESC A19, and is essentially a request for the bill to be written off. You can make an application under ESC A19 by calling HMRC on 0845 300 0627.

You should also note that it is sometimes possible to bring an appeal in a small number of other circumstances. If you have received a demand within the 12 month time limit explained above, you may still be able to lodge an appeal if you can show that you provided the relevant information to HMRC and they failed to take it into account on more than one occasion. You should speak to an accountant for more information here, as the process is a complicated one.

How much do you owe?

If it is clear that you will have to pay the money, the way in which you do so will depend on the amount you owe.

If the demand says you owe less than £2,000, HM Revenue and Customs will try to deduct the amount from your pay packets throughout the coming tax year, through the PAYE system. On the other hand, if you owe more than £2,000, you will be expected to pay it back directly.

It is clearly difficult for the majority of people to simply reach into their pocket and find £2,000. If you are having difficulty paying your bill, you have a number of options. Your first step should be to contact HMRC directly and explain the situation. You should be able to make what is known as a ‘payment proposal’. This essentially means that you suggest a payment plan to have the bill settled over a longer period of time.

If you are in any doubt about a tax demand, you should seek independent advice. If you have an accountant, they will be able to help. If you do not, you should talk to the Citizens Advice Bureau.