Home > Pensions & Retirement > What is SERPS and What Was 'Contracting Out' ?

What is SERPS and What Was 'Contracting Out' ? 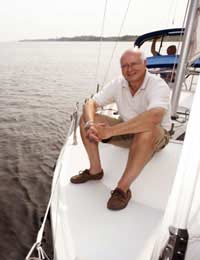 SERPS is an abbreviated name for the State Earnings Related Pension Scheme, also known as the additional state pension. It was a pension scheme operated by the government, which ran until 5 April 2002. SERPS has now been replaced by the Second State Pension but, as a result of entitlement and inheritance rules, it is important to understand the nature of the scheme.

Anyone who made Class 1 National Insurance Contributions (NICs) at any point between 1978 and 2002 has a SERPS entitlement. The idea of SERPS was to increase the amount being paid to retirees, in addition to the basic state pension. It was originally thought that the pension paid would be equivalent to 25 per cent of the pension holder’s total earnings, but this amount was later reduced to 20 per cent.

How Much am I Entitled to?

The calculation that must be completed in order to work out the size of an individual’s SERPS entitlement is fairly complicated. The steps are as follows:

What was 'Contracting Out'?

Many people chose to ‘contract out’ of SERPS. This meant that they made contributions to a private pension scheme, and reduced or eliminated their entitlement to SERPS. This was popular amongst employers as it resulted in their paying less in National Insurance Contributions. This option was initially only available to those who contributed to final salary pension schemes, but the opportunity was also opened up to money purchase schemes in 1998.

If you have a SERPS entitlement you will receive it from the point at which you reach state pension age. An entitlement may also be paid to the surviving spouse or civil partner of a deceased SERPS member, but the rules regarding the amount that will be received by this individual are very complicated. In essence, since October 6th 2002 the money paid to a surviving spouse or civil partner will depend upon the time at which the entitled individual would have reached state pension age. You should contact the Pension Service directly if you need personalised advice on this matter.

SERPS has now been replaced by the State Second Pension, which aims to provide a better pension for those on low and medium incomes. Other pension types are explained in more detail elsewhere in this section.

What is a Group Personal Pension?